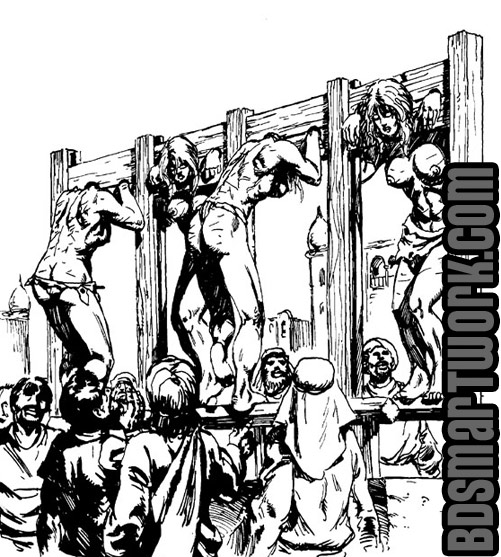 The remaining women captives are placed on display in the public square. There they will bid upon by the wealthy who seek a heathen slave to do with as they will. 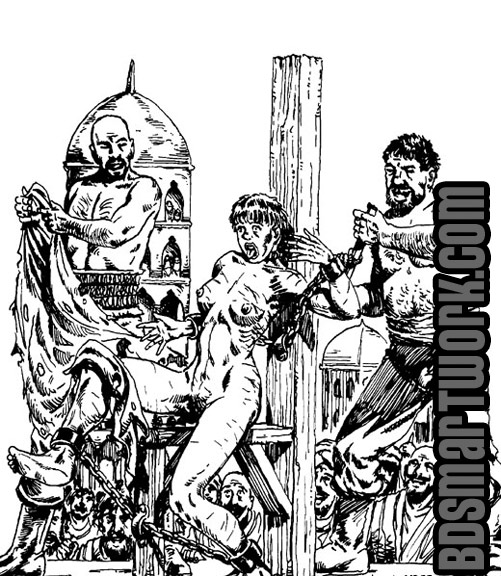 The faux Knight is let out to her execution. She had pleaded for clothing to hide her nudity, and so she was given a dirty blanket, draped over her naked body to protect her modesty. When the chains are fastened about her wrists and ankles this is ripped away, to the cheers of the crowd. A noose is placed around her neck and threaded through the post, there to be tightened. The noose is slowly twisted, make her squirm in discomfort at first, and finally choking her, drawing out her animal sounds as she attempts to breath, much to the amusement of the crowd. Then the rope is eased, as she swallows air, wheezing loudly.
Then the nose is again tightened, causing her arms and legs to ffail helplessly in the air. Over and over this scene is repeated until she is too exhausted to put on a good show, and boredom dictates the act be brought to its inevitable end.